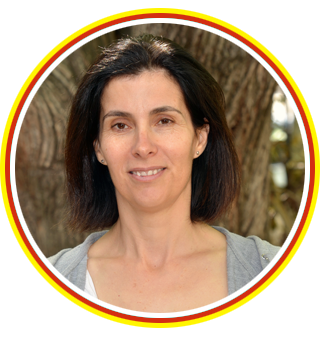 Hello my name is Remidos (Reme) and I am thrilled to meet you, your children and your families. As the Kindergarten Teacher in the Integrated Kindergarten program I am looking forward to working together with you and your children during this year to explore the innumerable opportunities the KCCC environment offers us.

I joined the KCCC team in February 2014 and during that year I worked part time, mostly in the Tea Tree room. During the second half of the year I worked as the kindergarten teacher for the Rosella and Lorikeet groups.

Now, a little about me: I was born in Spain and I mainly lived there until I moved to Australia in 2013. Moving to Australia was a big change in my life. I left many things in Spain but I have found in Melbourne a new life of challenges. The main one is my son, born here, who could be considered the reason I chose Early Childhood Education as a new career.

I studied Certificate III in Children’s Services in 2012, and worked as a casual Educator with Randstad until I started a Graduate Diploma in Early Childhood at RMIT in 2013. I joined the KCCC team after finishing my studies.

When I am not at work, I enjoy being with my family and friends at home and outdoors.